Skip to Main Content Accessibility Feedback
Thank you for your feedback!
Not yet a member? Request Information Today » 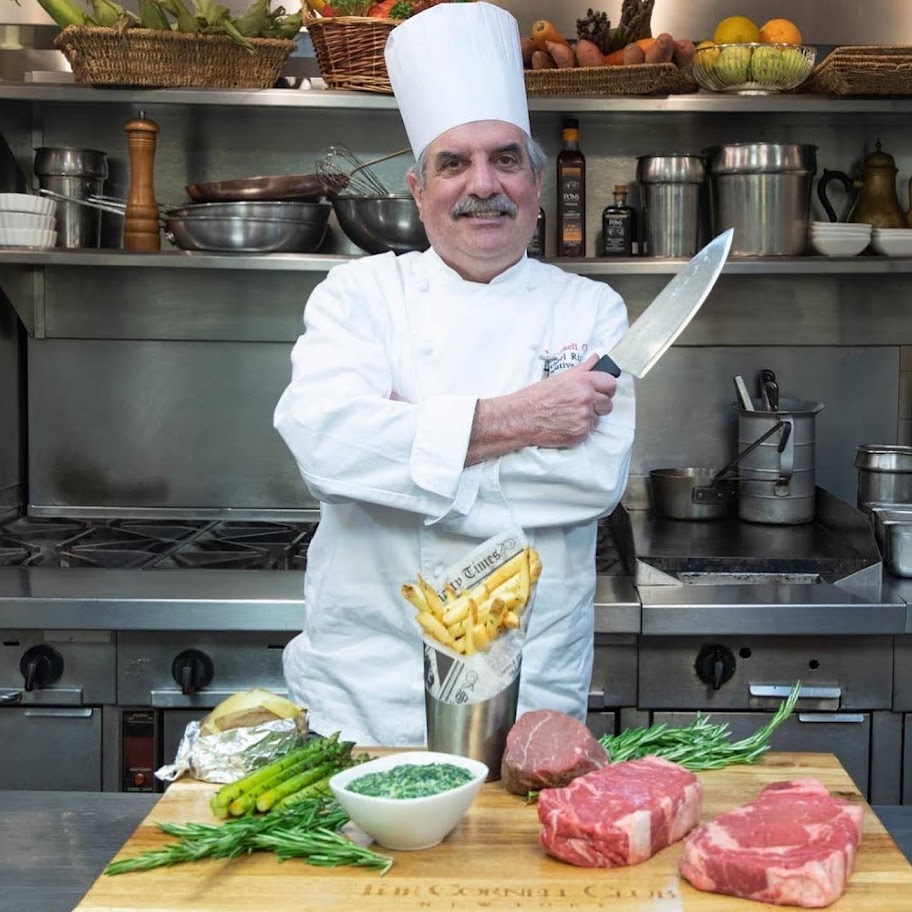 Executive Chef Michael Rizzo has led The Club's Food and Beverage team since 1993.  He has a storied career in New York's hotel and restaurant industry, with turns at the Waldorf Astoria, Helmsley Palace Hotel, World Yacht Cruise Lines, Maxwell's Plum, and One if by Land, Two if by Sea. Chef Rizzo holds a degree from the Culinary Institute of America (CIA) where he has served as a Fellow since 2011.

"My mission over these past 30 years as the Executive Chef of The Cornell Club is to provide a platinum level experience with only the finest ingredients, vendors and employees."

"It is my firm belief that a chef is only as strong as the people around him. I have been fortunate enough to surround myself with a diverse culinary team who have graduated from some of the best culinary schools. They gained extensive experience at NYC's finest restaurants and hotels including Per Se, Mandarin Oriental, Four Seasons, Hilton Hotels, and Jean George."

On behalf of our Food and Beverage team, we look forward to providing you with memorable dining experiences!

Copyright ©2023 by The Cornell Club - New York. All Rights Reserved.  City Club sites by MembersFirst  |  Terms of Use  |  Privacy  |  Request My Information